Paul Delvaux is known for his oil paintings that fuse elements of Surrealism with classical forms. A recurring theme in Delvaux’s work is nude women, incongruously reclining or wandering silently through classical buildings or train stations, combined with motifs such as skeletons and other unexpected objects. Deeply indebted to the works of Giorgio de Chirico and René Magritte, Delvaux’s scenes are characterized by long shadows, oppressive atmospheres, and unsettling juxtapositions. Of de Chirico’s influence, Delvaux once said, “With him I realized what was possible, the climate that had to be developed, the climate of silent streets with shadows of people who can’t be seen.” 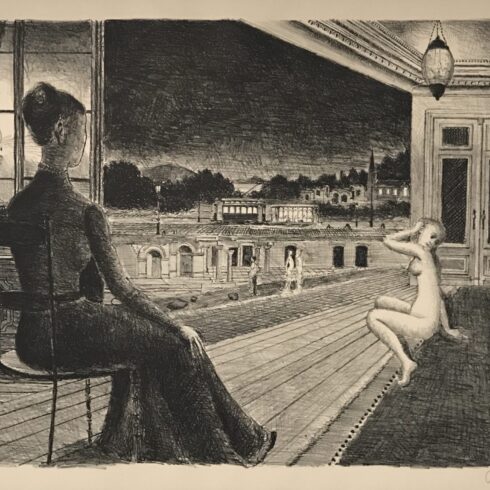 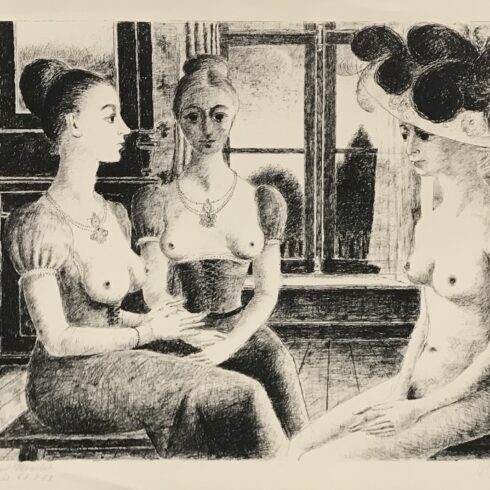 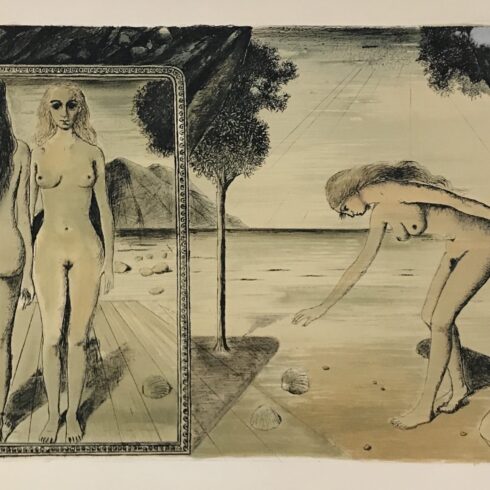 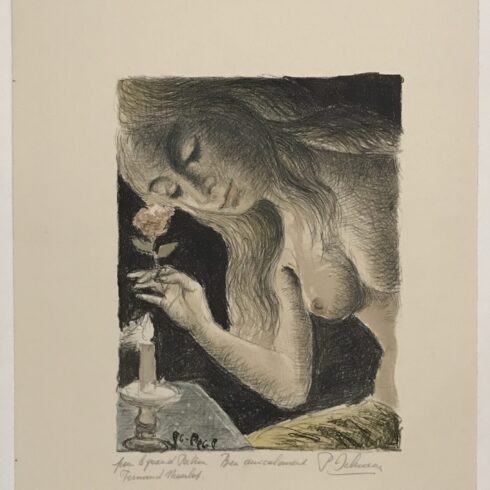 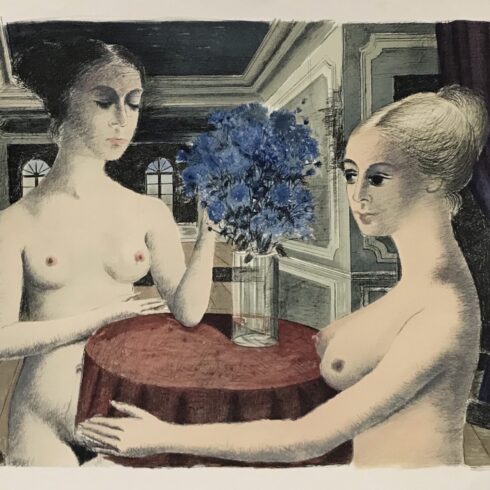 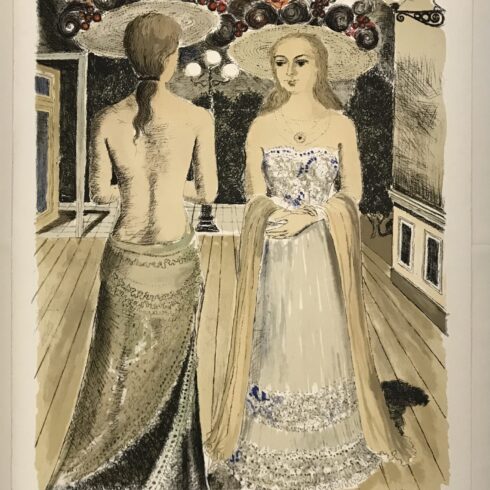