Russell Young is an American-British Pop artist known for his large-scale silkscreen paintings of cultural icons. The artist is heavily influenced by Pop Art pioneer Andy Warhol, Young owns a printmaking press once used by Warhol. In addition to recognition for his iconic images, Russell Young is also acknowledged for his use of diamond dust. He began using this technique in 2007, pressing the crystals into the enamel of the prints. No two diamond dust pieces are exactly alike, as the crystals are applied individually to each work. Young’s Marilyn Monroe diamond dust pieces continue to reach new highs at public auction. His pieces have graced the auction block at Sotheby’s, Christie’s, and Phillips de Pury in both the United States and the UK.

Our fine art gallery has the finest quality Russell Young original enamel silkscreen with Diamond Dust on Linen artworks. We have a large inventory available off-site and we encourage you to make an appointment to see specific works you are looking to collect. We are happy to meet you at either our art gallery showroom or at your home or office for a private presentation.

Born on March 13, 1959, in York, United Kingdom, Young enrolled at the Chester Art College and the Exeter College of Art, where he studied graphic design, drawing, film, and photography. Moving to London to work as a photographer’s assistant afforded him an entrée into the world of commercial photography. As his reputation for celebrity portraiture grew, Young relocated to Los Angeles where he was soon directing music videos. In the 1990s, he moved away from photography to follow a new found interest in painting. Relocating to New York in 2000, Young captured the attention of the art world in 2003 with his Pig Portraits, a series of silkscreens depicting celebrity mugshots which comment on the dark side of fame. He currently lives and works between Los Angeles, CA and New York, NY with his wife the actress Finola Hughes. 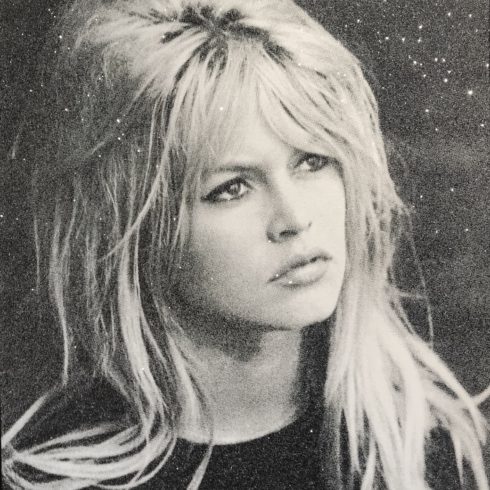