Takashi Murakami is a Japanese contemporary artist. He works in fine arts media (such as painting and sculpture) as well as commercial media (such as fashion, merchandise, and animation) and is known for blurring the line between high and low arts. He coined the term “superflat”, which describes both the aesthetic characteristics of the Japanese artistic tradition and the nature of post-war Japanese culture and society, and is also used for Murakami’s own artistic style and that of other Japanese artists he has influenced.

Our Fine Art Gallery has the finest quality Georges Braque original prints, lithographs, etchings, aquatints, ceramics, and posters. We have a large inventory available off-site and we encourage you to make an appointment to see specific works you are looking to collect. We are happy to meet you at either our art gallery showroom or at your home or office for a private presentation.

Known for his brightly colored and maniacally cheerful works, Takashi Murakami’s astronomical rise to fame in the contemporary art world has been met with equal parts celebration and criticism. Murakami merges Japanese pop culture referents with the country’s rich artistic legacy, effectively obliterating any distinction between commodity and high art. He is compared to Andy Warhol for his art-as-business approach, as well as for his large factories of workers who produce, market, and sell his art. His critics have derided him as a sell-out, and as playing into the art market’s increasing demands for easily consumable and exotic art from Japan. But for Murakami, this is a compliment and precisely what he intends. His work draws inspiration from the Japanese subculture of otaku, which is replete with strange perversions of cuteness and innocence, as well as incredible violence. Through this, Murakami crafts a subtle critique of Japan’s contemporary culture as well as the West’s intruding influence upon it. 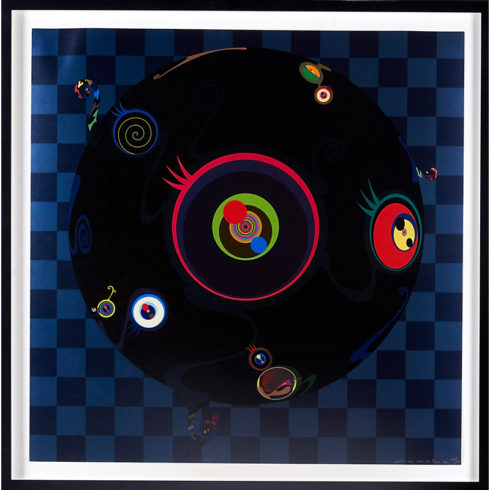