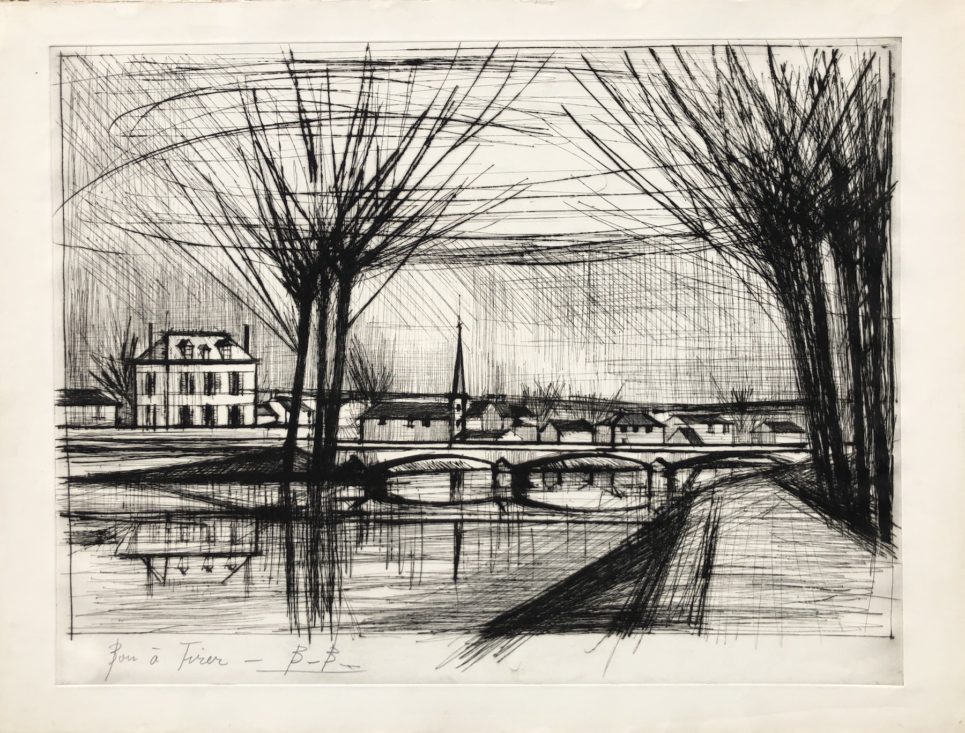 Bernard Buffet was a French Expressionist painter. Best known for his representational work, Buffet’s paintings are often figurative, graphic, and central in their compositions.

Bernard Buffet was a French Expressionist painter. Best known for his representational work, Buffet’s paintings are often figurative, graphic, and central in their compositions. A bold rejecter of abstract art altogether, Buffet was a member of the anti-abstraction group L’homme Témoin, or the Witness-Man, which passionately argued for the importance of representational art at a time when abstraction began to dominate the critical conversation. Bernard Buffet Canal a Soissons is an example of how rather than creating abstract works, Buffet sought after a realistic representation of life in his landscapes.

Buffet was born in Paris in 1928 and grew up during the Nazi occupation, enduring the war and years of deprivation, and the experience inspired much of the glum imagery in his work. He excelled in painting and drawing, winning prestigious prizes and attracting attention with a signature style recognizable by thick, angular black lines that outlined his somber themes.

Beginning in 1949, Buffet held annual exhibitions, first in February at the Galerie Drouant-David, then as of 1957 at the Galerie David and Garnier, and finally at Galerie Maurice Garnier. A total of 52 Theme Exhibitions have taken place since 1952. His Hanged Men and Horror of War series, which feature angular, emotionless figures and images of sheer brutality, are examples of his subjects and representative of his classification as a “Miserablist de Gruber and Francois Rouault” (Expressionist movement). Buffet’s work and style brought him notoriety among his contemporaries, and in 1950 he began showing in New York. 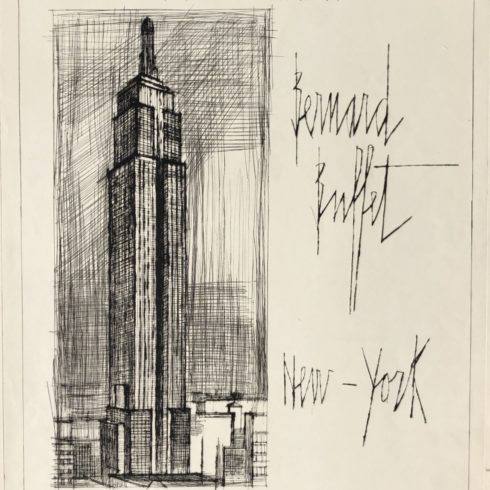 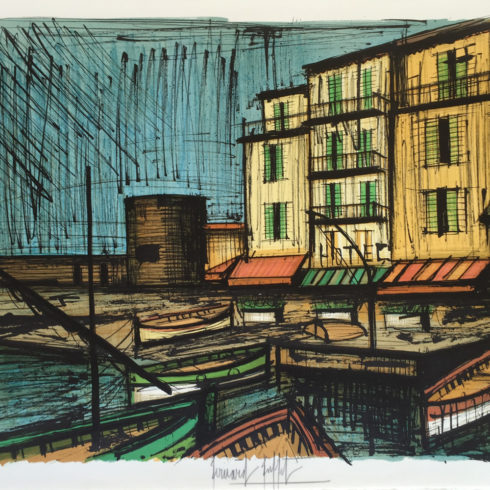 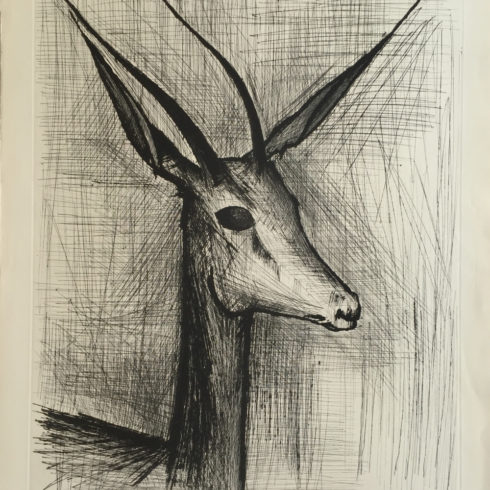 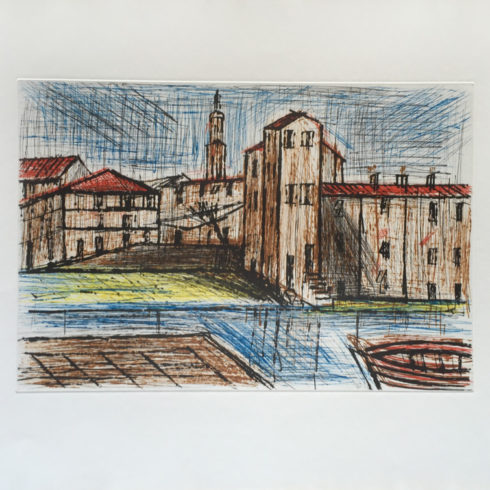