Pierre Soulages (French, b.1919), a leading member of Art Informel and European Abstract Expressionist movements, was inspired by painters such as Pablo Picasso and Paul Cézanne early in his life. Soulages was born in Rodez, France, and traveled to Paris at the age of 18 to get to know the art scene. He visited Montpellier’s School of Fine Arts while called to military service in the city in 1941. After World War II, Soulages returned to Paris, where he was able to fully concentrate on painting, and soon became known as a representative of the European movement of Abstract Expressionism.

He created compositions of black bars in front of a white ground, influenced by East Asian calligraphy, which Soulages learned about while traveling in Japan. His work is also influenced by Romanesque architecture and Celtic monuments from his home region. A turning point in his career is marked by his Outrenoir series of black monochromatic paintings, which he began in 1979. Soulages has exhibited his work at the documenta shows in Kassel, Germany since the 1950s and 1960s, and has held several retrospectives throughout Europe. In 1994, he received the Praemium Imperiale Prize in Japan. Soulages currently lives in Paris and Sète, in southern France; his most recent exhibitions include a large-scale retrospective at the Centre Pompidou in Paris, celebrating his 90th birthday. 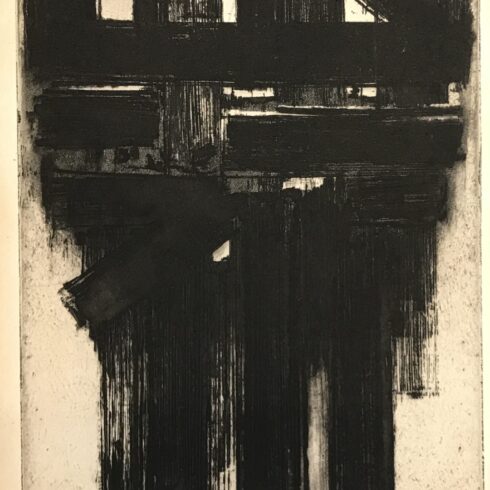 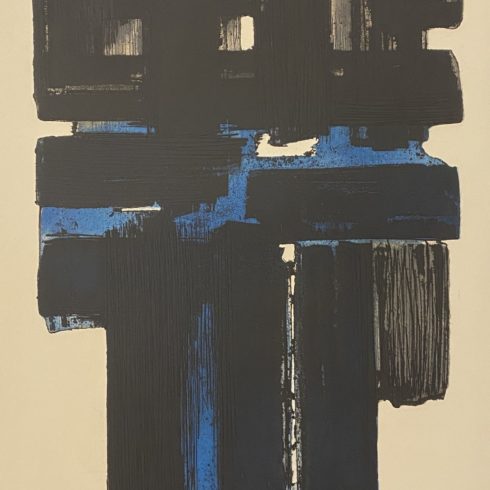 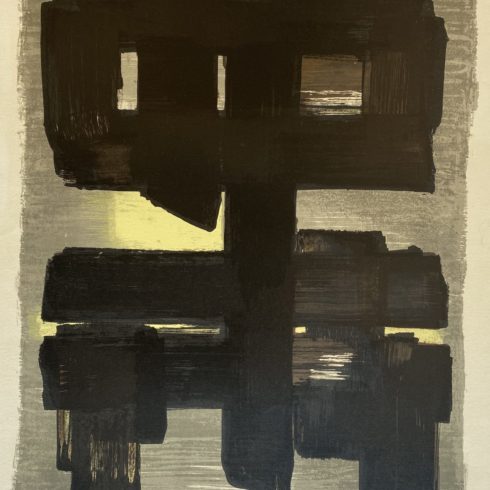 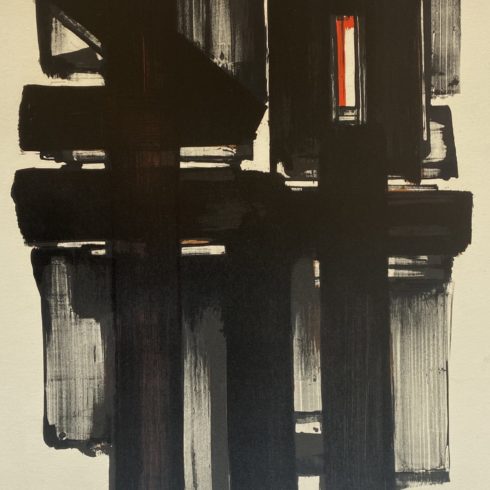