Henri Rousseau became a full-time artist at the age of forty-nine, after retiring from his post at the Paris customs office – a job that prompted his famous nickname, “Le Douanier Rousseau,” “the toll collector.” Although an admirer of artists such as William-Adolphe Bouguereau and Jean-Leon Gerome, the self-taught Rousseau became the archetypal naïve artist. His amateurish technique and unusual compositions provoked the derision of contemporary critics, while earning the respect and admiration of modern artists like Pablo Picasso and Wassily Kandinsky for revealing “the new possibilities of simplicity.” Rousseau’s best-known works are lush jungle scenes, inspired not by any firsthand experiences of such locales (the artist reportedly never left France), but by frequent trips to the Paris gardens and zoo.

Although he had ambitions to become a famous academic painter, Rousseau instead became the virtual opposite: the quintessential “naïve” artist. Largely self-taught, Rousseau developed a style that evidenced his lack of academic training, with its absence of correct proportions, one-point perspective, and use of sharp, often unnatural colors. Such features resulted in a body of work imbued with a sense of mystery and eccentricity. 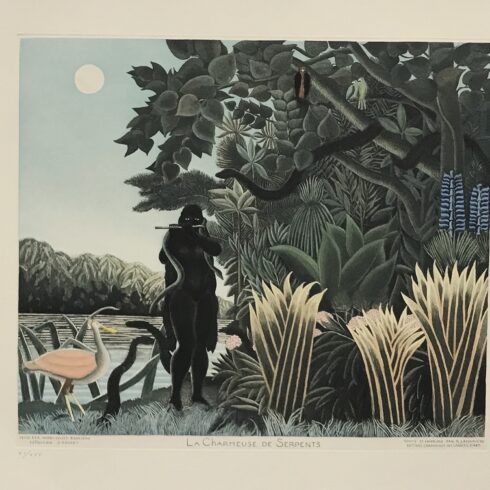 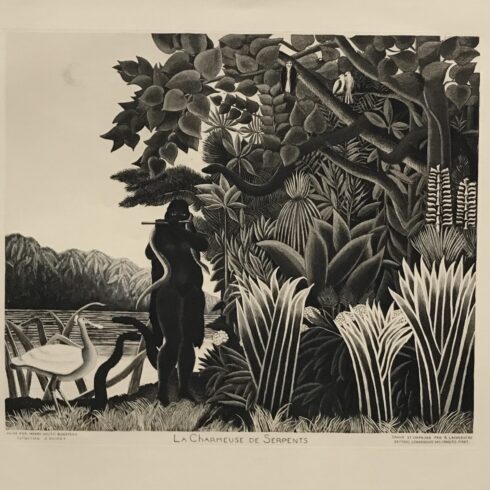